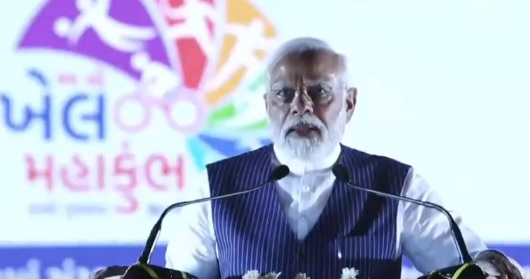 The Prime Minister, Shri Narendra Modi today declared open the 11th Khel Mahakumbh at Ahmedabad. The Governor of Gujarat, Acharya Devvrat and The Chief Minister of Gujarat, Shri Bhupendrabhai Patel were among those present on the occasion.

At the outset, the Prime Minister noted the sea of youth energy and enthusiasm in the stadium and said that this is not just sports mahakumbh but also a mahakumbh of the youth power of Gujarat. The Prime Minister’s speech was preceded by a grand ceremony.